Disclaimer: As an Amazon Associate I earn from qualifying purchases.

My grandmother was a voracious reader. In the back of her house, she had a cozy reading room. Guess what we had to find her as Christmas gifts? A book she hadn’t read yet! 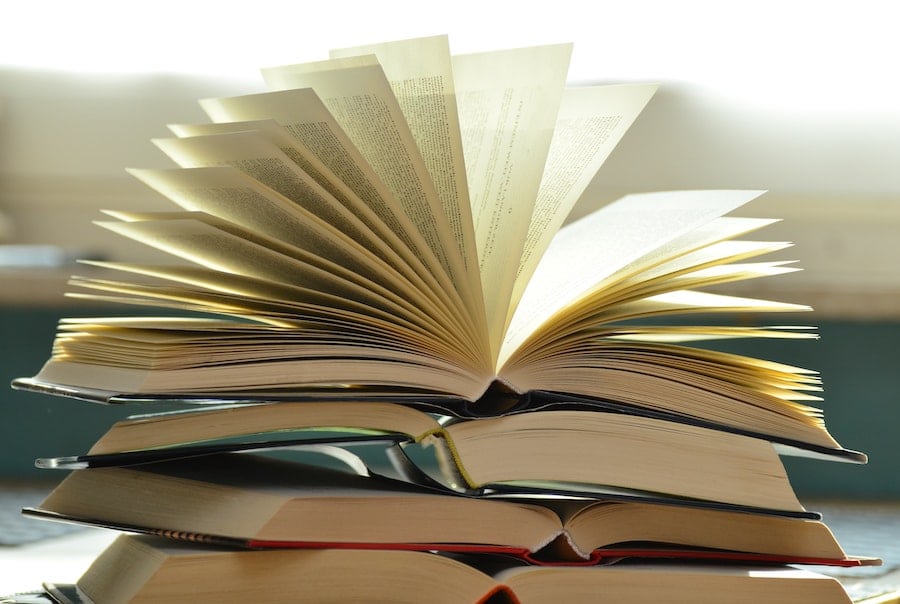 Now if you are in that same situation, fear not, because we can help. We found the best books for seniors and shortlisted six enthralling books that should, as experts suggest, keep a mature mind active.

Our Picks for Good Books for Elderly include:

In no particular order, we’ve listed books that are guaranteed to make you laugh, cry, shout, or dance. This list consists of good books for 60 year old woman or older since they either have characters they can identify with or feature a plot that makes sense to the more mature reader.

The Invention of Wings
−$5.82
Check Price on Amazon

You’ll find this is a well-written read about a shocking history. It takes inspiration from the biographies of two forthright women—one African-American and one European, but both fighters for an end to slavery and the liberation of women in the lower states of the US.

Reminiscent of Tracy Chevalier’s ‘The Last Runaway,’ this book is much more concerned with the relationship between Handful, and her unwilling owner, Sarah. Their characterizations, but especially that of Handful, are strong and realistic.

Hetty “Handful” Grimke is a domestic slave in early nineteenth century Charleston. She dreams of a life outside the suffocating walls that confine her within the wealthy Grimke household. The daughter of the house, Sarah, has known from childhood that she has a more meaningful destiny, but she is constrained by the limits imposed on women of her era. A gripping tale told in the first person.

This is a story that could only be told first hand. Sue Monk Kidd is masterful at combining historical facts with colorful imagery to courageously immerse us in the worlds of real inhabitants of that era.

#2 Getting Rid of Mabel —Frost, Keziah

Getting Rid of Mabel
Check Price on Amazon

The bunch from The Reluctant Fortune Teller is here again! If you enjoyed them the first time around, you’ll remember that the leader of the pack is octogenarian Carlotta Moon. She invokes Oscar Wilde and Shakespeare, teaches her compatriots ‘Francais’ (which she knows little of), and is a little dictator in her own right, so to speak!

Then Mabel makes an appearance, as the energetic doppelgänger of one of the group, Margaret. She immediately turns the club away from Carlotta’s influence, who of course, is very displeased. In the process, Carlotta writes down her life story, within which she proudly reveals to us her true self, still expecting somehow for Mabel to disappear the way she arrived.

This entertaining narrative introduces some new characters to those familiar with the story and setting. And Mabel is a hoot. But eventually, it’s only Carlotta who wants to get rid of her.

The story is heart-warming, endearing and will make you laugh. Let’s hope there will be more adventures of the Club and the gang; they light up the world!

An imaginative and poignant story about an improbable friendship between a 104-year-old immigrant from Lithuania and boy scout of 11-years. The relationship they form is truly unique, and you cannot help but be touched in your heart by this story.

Over a series of 10 weekend mornings, a delightful relationship develops between the two. Along the way, the young boy uses a Dictaphone to record Ona telling stories from her life.

As the boy tops up the bird feeders and re-organizes the garden shed, Ona talks of her life. Soon she’s revealing secrets that she hasn’t mentioned for many years.

In between, he switches the tape recorder off to pose questions. By following Ona’s dialogue, you can imagine the little boy’s voice. The story interleaves with countless Guinness Book of Records achievements relating to the tale. This is because these achievements were of interest to the youngster, and related to his aspiration to immortalize Ona.

A thought-provoking read, you will find full of emotion and enlightenment.

“There isn’t anything except pure honest and open bleeding in this book which will reach your heart.” wrote a reader.

#4 The Story of Arthur Truluv—Berg, Elizabeth:

The Story of Arthur Truluv: A Novel
−$6.64
Check Price on Amazon

When you begin to read this book, It’s impossible not to open your heart to Arthur, an 82-year-old gentleman. He pines for his spouse, who passed away the preceding year. Every day he visits the cemetery, with his lunch and a garden chair, to spend time in her company—to have imaginary conversations with his late wife.

And this is how he meets with Maddy, a confused adolescent who is absconding from school. The 17-year-old finds herself rejected from all parts of her life: her home where she lives alone with her father, her school, and everywhere else really.

The two grow an amicable relationship that lets them re-emerge from their private shells. Maddy names Arthur Truluv as she adores his patient and forgiving reactions to her outrageous words and actions.

Then there is Lillian, Arthur’s next-door neighbor. She is a talented baker but is lonesome. These three characters become very important to each other and create an endearing and unusual family, showing that special occasions are precious when they’re experienced together.

This is a tender, angelic and plainly narrated story. But underlying are some evocative themes, like the loneliness of older people, the importance of family—both the one you create and the one you grew up in.

You’ll learn about the despair of those who conclude that they don’t fit in anywhere, and about friendship. That is, how reaching out even to those separated by generations can be so impactful.

This is a deeply moving story about individuals who return from a place of loss and solitude to a renewed feeling of happiness.

“One of those books that we all are sometimes in need of. One where you reach the end and just say awwwwww, in delight and sorrow.”

#5 Love and Other Consolation Prizes—Ford, Jamie

Love and Other Consolation Prizes: A Novel
−$2.01
Check Price on Amazon

‘My theory,’ Maisie said, ‘is that the happiest, saddest, best, worst, most frightening and most unforgettable moments are all interlinked. Those are the important times, good or bad. The rest is just filler.’

The story begins in China in 1902. We first meet Yung Kun-ai as a five-year-old when he has just been witness to a horrific act carried out by his malnourished, impoverished mum. She then abandons him to rendezvous with an unknown person and then migrates to the United States. Along with him, he carries only one remaining treasure from his mother—a metal hairpin.

Onboard the ship, deep in the hold, you can observe the considerate manners of young Ernest Young, as he will be called from now on. You also imagine his gentle personality and sharp mind, as he rescues himself and adopts his new name.

This is only the first chapter of an incredible life. Long before his lonesome years in a residential school, before he is unexpectedly given away at the World Fair of 1909, when he joins his new but strange family.

As the storyline of Love And Other Consolation Prizes alternates between a younger Ernest and a matured Ernest 60 years later, we encounter all the unique and colorful personae in his story that make this book so remarkable and riveting.

This book is a fictional collection of correspondence of an author, Juliet Ashton, after she contacts the Guernsey Literary and Potato Peel Pie Society. The manuscripts are principally stories told by residents of the island during the Second World War, during the occupation of the German Army.

The journalistic tone conceals the endearing personalities you grow to love in the course of reading this delightful book.

The Society accidentally forms when friends get caught out by the Army in a curfew. They had been enjoying a pig roast together after hours, but since the enemy’s arrival, that was a forbidden pleasure. Instead, one of the group, Elizabeth, invented the fib of a literary club meeting, on the spot.

The story of the imaginary club is told in a series of letters sent by mail and telegraph between characters, but above all, from the point of view of Juliet. She’s an English newspaper writer and book lover, in the time just following the Second World War.

This is one of those marvelous narratives that remind us that the written word is a linguistic universal that can be heard by all of us, regardless of maturity and social standing. It’s a reminder for us of why we read in the first place: to remember that we are never really alone.

So there we are—six delightful books that will give hours of pleasure and much to talk about. Stories from the heart, about loneliness and laughter, love and friendship, words and secrets.

I can just see my grandmother curling up in her reading room with a whole stack of romance novels for seniors! Which books are you going to take away with you? Let us know in the comments. 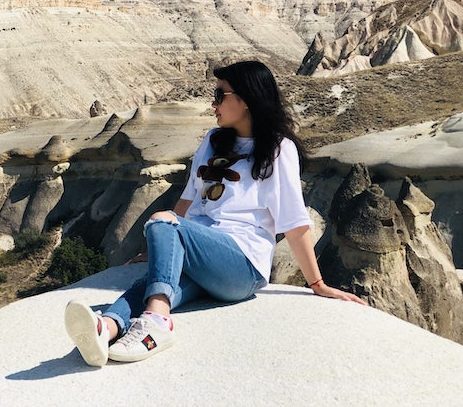 Cherry is the editor-in-chief of Mobility With Love. She obtained a bachelor's degree in Kinesiology and a master's degree in Adapted Physical Activity. Her expertise includes biomechanics, biochemistry, nutrition, disability studies, and so on.

You May Also Enjoy These Articles 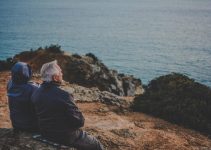 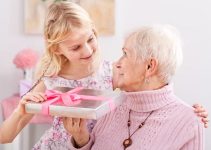 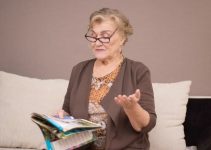 Join my email list to receive the latest articles directly in your inbox.

As an Amazon Associate I earn from qualifying purchases. Amazon and the Amazon logo are trademarks of Amazon.com, Inc. or its affiliates. Nothing on this site should be construed as medical advice. This website is for informational purposes only.

This website uses cookies to improve your experience while you navigate through the website. Out of these, the cookies that are categorized as necessary are stored on your browser as they are essential for the working of basic functionalities of the website. We also use third-party cookies that help us analyze and understand how you use this website. These cookies will be stored in your browser only with your consent. You also have the option to opt-out of these cookies. But opting out of some of these cookies may affect your browsing experience.
Always Enabled
SAVE & ACCEPT